THE governor of the Brazilian state of São Paulo Mr Márcio França announced on April 17 that work will resume shortly on the 4.5km extension of Paulista Metropolitan Trains Company (CPTM) Line 9 (Emerald Line) from Grajaú to Varginha, which has been halted since the end of 2016 due to delays in the transfer of federal funds. 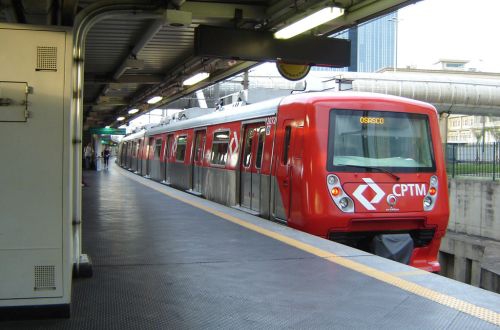 The Ministry of Cities, linked to the federal government, has released Reais 25m ($US 7.3m) and authorised the construction of four road overpasses.

“Work will fully resume within a month,” says the secretary of state for metropolitan transport, Mr Clodoaldo Pelissioni. A public notice has also been published for complementary works Lot 1, which includes construction of part of the alignment and Mendes station, in the district of Vila Natal. These works are expected to start in the second half of this year.

The extension is now expected to start operating in the second half of 2019 and is forecast to carry around 110,000 passengers a day. Line 9 currently runs for 32.8km from Osasco to Grajaú with weekday patronage of around 620,000.

The federal government committed Reais 500m towards the Reais 945m project in 2014 through the Growth Acceleration Programme (PAC) for Mobility. However, the state was left to fund all construction until works were suspended in 2016. In October 2017 the federal government finally released Reais 91.8m to fund two contracts for signalling and train control systems and integration of the new line into the Operational Control Centre.