COSTA RICA last week restored suburban services on the 21km line between the capital San Jose, and the city of Cartago, following a modest investment of Colon 3.5bn ($US 6.9m). 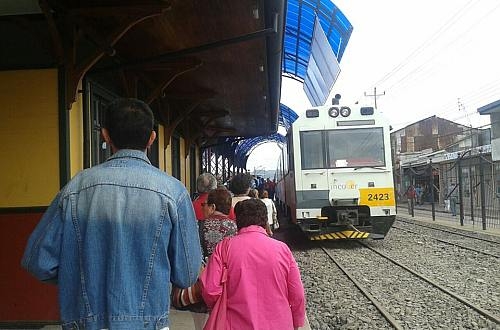 Restoration of the metre-gauge line, which runs mostly at grade in urban areas, involved the removal of asphalt and redundant track at several locations, together with the construction of a completely new trackbed, with clean ballast and new concrete sleepers.

The line has five intermediate stations and services are operated by a fleet of six dmus acquired from erstwhile Spanish metre-gauge operator Feve (now merged with Renfe). Trains take around 40 minutes to cover the full distance between Cartago and Atlantico station in San Jose, where passengers can transfer to the two other lines now serving the San Jose metropolitan area.

The reopening of the railway is expected to relieve the Panamerican Highway, which is used by tens of thousands of commuters daily.

The Feve series 2400 dmus have a maximum speed of 100km/h and accommodate up to 216 passengers. The Spanish operator sold two three-car sets to Costa Rica in 1993, just two years before the complete closure of the country's metre-gauge rail network. Since its partial reopening in 2005, Feve has sold 13 more dmus, including those now operating on the San Jose – Cartago line.

Government officials stated that the strategy of reopening the single-track lines, which date back to the 19th century, constitutes only a "temporary solution." The Costa Rican and Spanish governments agreed last year to work together on the design of a new high-capacity rail link between Alajuela, San Jose and Cartago, forming a rail backbone for the metropolitan area of San Jose, which with a population of 2.6 million is home to 60% of Costa Ricans.