THE government of Costa Rica has confirmed its intention to push forward with a project to develop rail backbone for the metropolitan area of its capital city, San José, after Mr Guillermo Santana, the president of rail authority Incofer, announced the allocation of Colón 3.5bn ($US 6.58m) from the 2016 budget for planning. 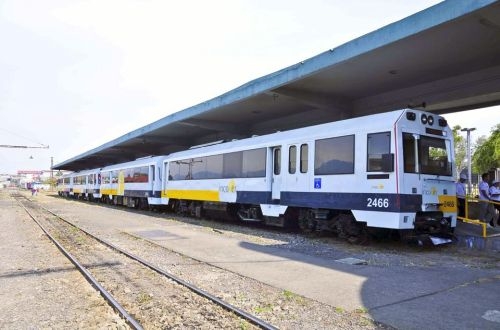 Speaking before a Parliament committee, Santana specified that Incofer plans to tender a feasibility study for the construction of a rail link which "aims to give the inhabitants of San José's Greater Metropolitan Area an integrated rail transit system from east to west" connecting Alajuela, San José and Cartago.

In 2013 a preliminary study was carried out by Spanish engineering consultancy Ineco to determine the basic route alignment options and demand forecasts.

The development of the long-awaited rail corridor, along with a new financing model for Incofer which could include a 5% tax on petrol to fund rail projects, were both included in a bill introduced to Parliament in September 2011. The bill, which is still pending approval, was split into two separate regulations last October to enable Incofer's share of the funding to proceed as soon as possible.

Details of the final specifications for the rail network have not been fully defined. The 2011 bill mentions the possibility of developing a tram-train system, by electrifying and upgrading the existing metre-gauge rail corridor.

Simultaneously, the 2011-2035 National Transport Plan (NTP) published by the Ministry of Public Works and Transport foresees the construction of a new 120km-long line with a maximum speed of 80km/h and a commercial speed of 40km/h.

The so-called 'Basic Rail Network' is defined in the NTP as a system "served by light and medium capacity rail stock" on a mixture of segregated and shared alignments, with signalling and priority traffic control systems for rail.

According to the masterplan, investment in this new rail network over the next 20 years would total $US 1.3bn, 75% of which could be financed directly by the public budget, with a further $US 400m to be spent equipment including rolling stock and signalling.

In May 2013, Costa Rica restored suburban services on the 21km metre-gauge line between San Jose and Cartago, following a modest investment of Colon 3.5bn using rolling stock acquired from Spanish metre-gauge operator Feve (now part of Renfe).
"In spite of the efforts underway to modernise trains, the equipment and systems being used are inadequate to ensure the future development of railways in Costa Rica," the NTP states.

The 2011-2035 plan says the Costa Rican rail network is "in an extremely precarious state," and that some lines "should be considered not only abandoned but already removed, even though they still appear on official maps."