CUBAN Railways (UFC) closed its Havana Central station on June 24 for the start of a three-year rebuilding and renovation project, which will include the construction of additional platforms. 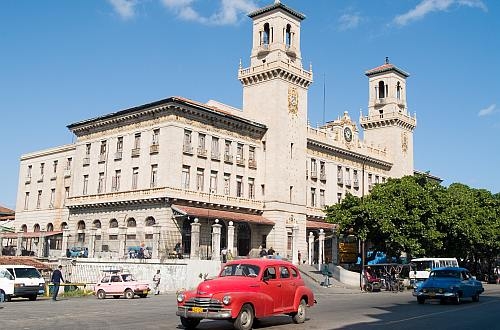 All passenger traffic has been moved to the adjacent Coubre yard, where a former bus terminal has been converted into a temporary station.

Other major stations including Santa Clara and Camagüey are also being rebuilt as part of a programme to improve and expand Cuba's railway infrastructure.

A new line to the port of Mariel opened last year and in March this year UFC completed a new link between Guanajay on the Havana - Mariel line and Artemisa, the capital of the province of the same name. A daily Havana - Artemisa passenger service now operates via Guanajay, reducing the journey time to 1h 30min, compared with a journey time of around three-and-a-half hours for services on the existing line.

Further new lines are under construction include Toledo - Murgas and Bauta - Murgas which will provide additional links from Rincon to the Mariel line, while the construction of a second track on the Naranjito - Almendares section means the entire Havana - Mariel line will soon be double track.

At Angosta, a few kilometres from Mariel container terminal, a new railway complex is under construction. This includes a freight yard, a station, a fuelling facility and maintenance depot for locomotives and wagons. It will also provide access to a nearby logistics centre.