CUBAN Union Railways (UFC) has placed an order for 300 two-car dmus with Russian manufacturer Murom, the first of which has already been shipped to the island. 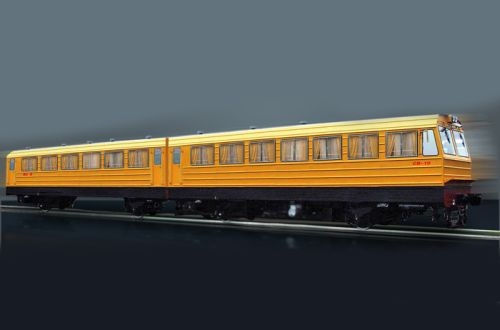 The 100km/h four wheel motor cars are classified type SV-10 and are equipped with a 176kW Yamz-238M5 diesel engine with mechanical transmission, while the trailer vehicles are designated VS-5. The powered vehicle weighs 22 tonnes while the weight of the unpowered car is 15 tonnes. A 2+3 seating layout provides 45 seats in the motor car and 48 in the trailer.

The 25.2m-long trains are based on track maintenance vehicles produced by Murom in large numbers for customers in the CIS region. The first 17 sets will be manufactured at Murom while the remaining 283 trains will be assembled in Cuba.

Cuban officials have stated that the first sets will be used in Artemisa province, where a new line to the port of Mariel is under construction.

While the design appears to be very basic, the trains should be much better suited to Cuban operating conditions than more advanced equipment. Apart from the ill-fated Class Dm11 single-car units built for VR Group, Finland by GEC Alsthom in Spain, which were rejected by the Finns and later sold to Cuba, Class SV-10 will be the first new dmus delivered to Cuba in decades. Class Dm11 never worked properly in Cuba due to their sophisticated engineering. Only a few are serviceable at present and some have not worked at all since arriving on the island.