EMD officially opened its new locomotive assembly plant at Sete Lagoas in the Brazilian state of Minas Gerais on November 29. 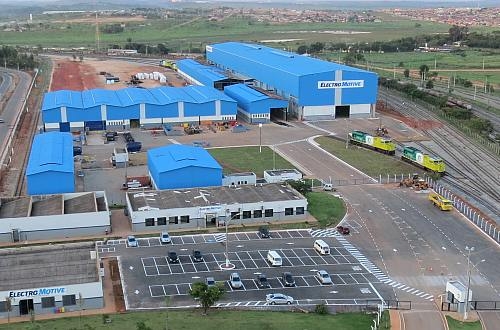 Progress Rail and EMD announced the selection of the site in July 2011 and construction began in February this year. The facility will focus mainly on the assembly of 2.8MW SD70ACe locomotives for the South American market, although EMD says other types will also be built at Sete Lagoas.

Production is already underway at the plant, which is assembling a batch of 14 SD70ACes for Vale's logistics subsidiary VLI and 21 units for Eldorado Paper and Pulp, which will be delivered by February 2013.

Sete Lagoas is being supported by other Progress Rail plants in São Paulo state, including Diadema, which produces traction motors and Hortolândia which assembles bogies.