TRENSURB, the metro operator in the Brazilian city of Porto Alegre, has taken delivery of the last of 15 four-car Metropolis EMUs being supplied by the FrotaPoa consortium of Alstom and CAF Brazil under a contract signed in 2012. 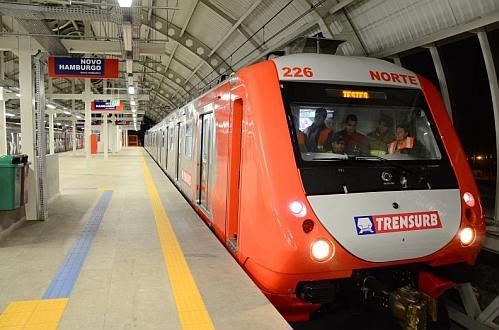 The 1600mm-gauge trains have been acquired to increase capacity on the 33.8km north-south Line 1 from Nuevo Hamburgo to Mercado.

The Reais 243.8m ($US 90.9m) order was financed by Brazil's federal government as part of its Growth Acceleration Programme (PAC).

The vehicles were assembled at Alstom's Lapa plant in São Paulo state.