THE first of 15 six-car trains being supplied by CNR Changchun Railway Vehicles, China, for Rio de Janeiro metro Line 4 was unloaded at the city's port on January 27. 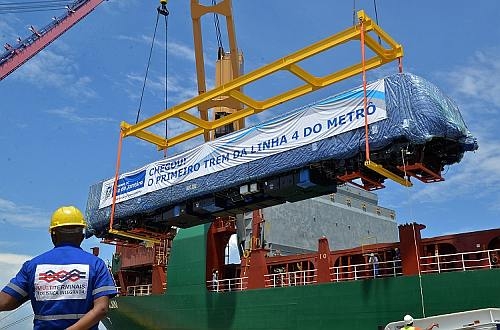 The remaining 14 sets are due to be delivered by the end of this year and following commissioning the fleet will initially be used on metro lines 1 and 2 before entering service on the new line, which is due to open in time for the Olympic Games next August.

The 16km six-station Line 4 will link Jardim Oceânico in Barra da Tijuca with Nossa Senhora da Paz in Ipanema and will serve the Olympic Village with a journey time of 15 minutes between the two termini.