THE Bolivian Ministry of Public Works says it has received four bids from Chinese companies for a contract to construct a 130km railway from Motacusito in Santa Cruz province to Puerto Busch on the Paraguay River, a project which the government says is vital to the future of iron ore mining in the east of the country. 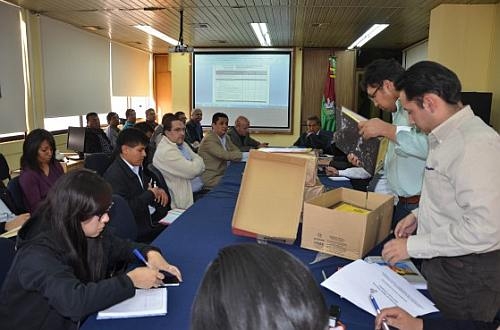 The bids for the project were opened at the ministry's offices in La Paz immediately after the deadline for submission of proposals on October 15. The four bids include:

Much of the 100km section of the line between Mutún and Puerto Busch will be built on viaduct as it passes through a large area of marshland.

The construction of the railway will enable minerals from the Mutún area to be exported from a new port at Puerto Busch, which will give the landlocked country direct access to the Atlantic Ocean. At present ore is transported to Brazil via the Tamengo Channel and Puerto Suarez, which is not considered to be an efficient export route.