BRAZIL’s Court of Auditors (TCU) ruled on January 25 that all transfers of funds from state-owned institutions to the Transnordestina railway project must be halted due to a “serious mismatch between the investments and the physical accounting schedule.” 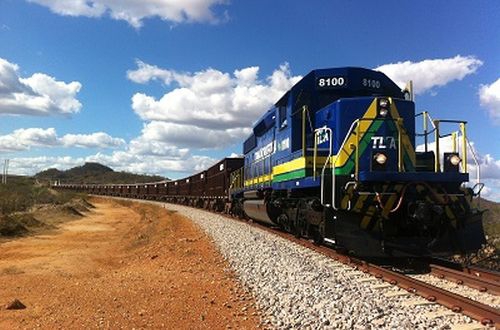 According to TCU, there is no reliable information about status of the Reais 11.2bn ($US 3.55bn) project to build a 1753km inverted-T-shaped railway from the ports of Pacém and Recife/Suape to Salguiero and then west to Eliseu Martins, and its budget, and that there would be a high risk of providing new funding from public institutions.

Brazil’s National Land Transport Agency (ANTT) also reports great difficulty in obtaining information on the real cost of the project and its execution. By the end of 2016, ANTT did not have a detailed budget for the project, even for the sections that have already been completed.

According to Mr Walton Alencar Rodrigues, the TCU minister who announced the ruling, TLSA has failed to present any evidence to verify the mismatch between funds received and works executed. “ANTT has been requesting this information without success since at least 2015,” says Alencar Rodrigues. “This raises a huge risk to the Treasury regarding the effective destination of the public resources invested and the real cost of the work. There is, therefore, a vast body of evidence indicating the occurrence of insurmountable defects. This is an extremely serious situation, requiring the immediate adoption of a precautionary measure to avoid the use of public resources in such a reckless way.” Alencar Rodrigues says that TLSA risks having its contract declared null and void if it fails to remedy the situation.

The TCU's auditors reported that the project had virtually come to a halt. Of the 5390 employees on site in June 2015, only 1122 remained in June 2016, and by October 2016 the number had dropped to 829. However, it was only on December 20 that the Ministry of National Integration announced that the federal government intended to release Reais 430m to restart construction.

The cessation of funding will continue until TLSA submits a detailed progress report to ANTT and this has been validated by ANTT.