BRAZILIAN mining conglomerate Vale has cleared a significant hurdle in its plans to build a railway to serve the new Carajás Serra Sul (S11D) mine in the state of Pará after the project was granted environmental approval by the federal government. 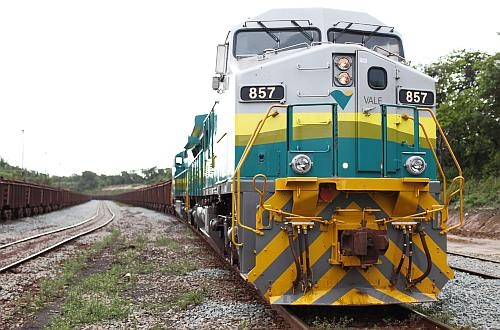 The Brazilian Institute of Environment and Renewable Natural Resources (Ibama), which is part of the Ministry of the Environment, has granted an installation licence and vegetation clearance permit for the construction of an 86km branch, which will run southwest from a junction with Vale's existing Carajás Railway (EFC) west of Marabá. The line will be largely single-track with loops totalling 16km.

The new railway is due to be completed by the second half of 2016 and is a key component in Vale's plan to increase Carajás iron-ore output to 230 million tonnes per year.

To support the increase in traffic, Vale plans to upgrade a 504km section of the EFC with additional double-track sections, while the Ponta da Madeira Port terminal will also be expanded.