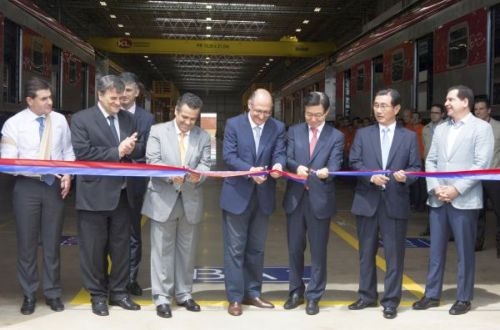 The Reais 100m ($US 28m) plant has been constructed on a 150,000m2 site owned by Hyundai Rotem's Brazilian partner Iesa and will assemble LRVs, commuter trains and metro trains. The facility has capacity to assemble up to 200 vehicles per year and according to Mr Juan Quirós, president of Invest São Paulo, Hyundai Rotem and the state government are looking to achieve 60% local content by bringing Brazilian manufacturers into the supply chain.

The first orders for the factory include commuter EMU cars for Paulista Metropolitan Trains Company (CPTM) and metro cars for Salvador.