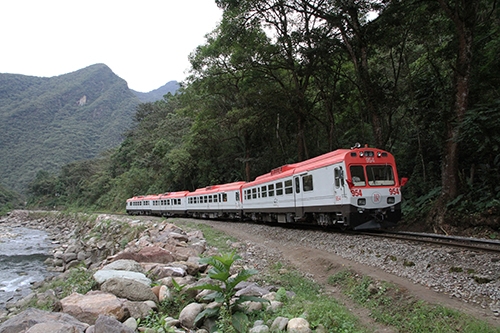 When establishing the new company in 2009 Andean Railways announced investments of over SUS 10 million to begin operations and Iowa Pacific funded some of this via its initial investment.

Andean Railways was established to operate passenger services serving the tourist destination of Machu Pichu in Peru, operating since 2010 as Machu Pichu Train on an open access basis on 914mm gauge infrastructure managed by concessionaire Ferrocarril Transandino. This in turn is owned by a consortium including UK based luxury travel group Belmond.

Andean Railways was merged with the competing open-access Inca Rail operation from January 1 2013 and whilst both brand names are still used all sales are via the main Inca Rail website/booking system. The expanded Inca Rail is majority owned by Peruvian industrial conglomerate Grupo Crosland. The company has invested in modernised rolling stock and in late 2015 opened a new maintenance depot at the southern end of the route in Ollantaytambo.