PUBLIC consultation will be conducted on December 7-22 for a Procedure for Demonstrating Interest (PMI) in the Metrofor Public Private Partnership (PPP) concession in the Brazilian state of Ceará to operate the South metro line and Parangaba-Mucuripe LRT in Fortaleza, the light rail network in Sobral, and the Cariri LRT line in Juazeiro do Norte. 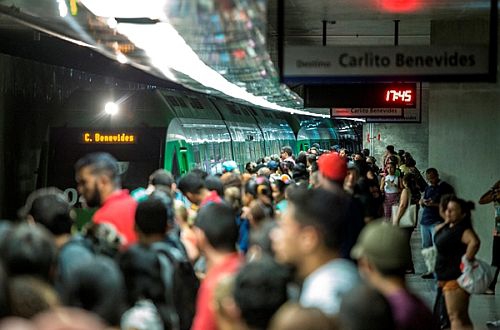 This follows the authorisation by the Public-Private Partnerships Management Council of the state of Ceará (CGPPP), formed of Seplag, Seinfra, Sefaz, PGE and Casa Civil, for Metrofor to publish the PMI which will define terms for the concession.

The consultation will take place through the Metrofor website, where the results will be posted, and an exhibition will be staged to publisise the PPP.

The South Line is 24.1km long with 19 stations in operation and one under construction. It runs from Fortaleza Central via Parangaba to Carlito Benevides. Limited operation on a 5km section of the 13.5km Parangaba-Mucuripe diesel LRT started in July, transporting passengers free of charge. The 13.6km Cariri LRT has nine stations and runs from west from Juazeiro do Norte to Crato. In Sobral, the LRT network comprises two lines totalling 13.9km with 12 stations.