ARGENTINA's minister of the interior and transport Mr Floriencio Randazzo inspected one of the first new suburban EMUs for Buenos Aires' Sarmiento Line during nocturnal testing on June 6. 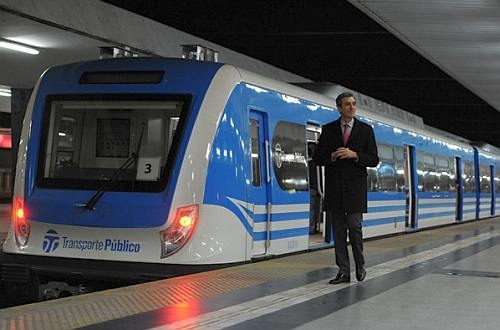 So far nine of the 100km/h trains have been delivered to the Argentine capital for testing and a further 14 sets are due to be delivered over the next four weeks. Deliveries are expected to continue until November 2015.

Randazzo said tests have been highly satisfactory and he expects the first trains to enter passenger service on the Sarmiento line within the next two months.

The new fleet will replace all existing trains on the Mitre and Sarmiento lines, which are more than 50 years old.