THE mayor of Quito Mr Mauricio Rodas announced on May 3 that international lenders have accepted changes to the contracting structure for the Quito metro project after Brazilian construction company Odebrecht pulled out of the consortium building the line. 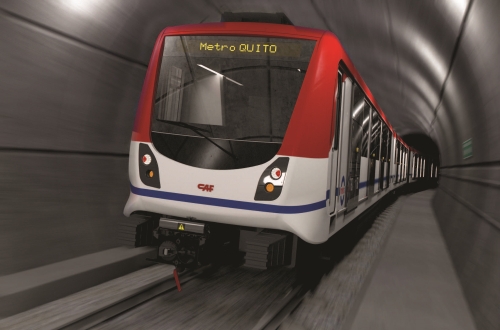 Odebrecht and consortium partner Acciona were awarded a $US 1.54bn contract in 2015 to construct tunnels, 13 of the line’s 15 stations, electrical and mechanical systems, and depot and stabling facilities.

However, Odebrecht is now struggling to restructure its business in the wake of a $US 2.6bn fine imposed last month by a US court following a corruption scandal which also involved Brazil’s state-owned oil company Petrobras.

On April 28, Rodas authorised a revision of the consortium structure which will make Acciona sole shareholder in the venture. This has been approved by the project’s international backers, the Development Bank of Latin America (CAF) the Inter-American Development Bank (IDB), the World Bank, and the European Investment Bank (EIB).