BRAZILIAN mining giant Vale announced on September 14 that it has obtained a 10-year operating license from the Brazilian Institute of Environment and Natural Resources (Ibama) for a rail link to the new Carajás Serra Sul (S11D) mine in the state of Pará. 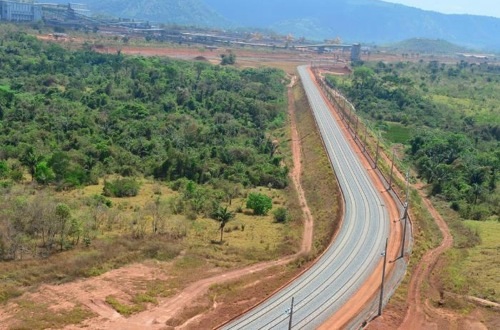 The 86km branch runs southwest from a junction with Vale's existing Carajás Railway (EFC) west of Marabá. The line is largely single-track with loops totalling 16km.

Iron ore from the mine will be transported via the EFC to Ponta da Madeira Maritime Terminal at São Luís in Maranhão state.

Vale says the $US 14.3bn project to build the mine, railway, and Ponta da Madeira export terminal is now 79% complete. Work began on the railway in February 2014 and included the construction of four tunnels ranging from 500m to 985m in length.

​The new railway is a key component of Vale's plan to increase Carajás iron ore output to 230 million tonnes per year.