BIDDERS are due to submit offers this week for the contract to construct the second metro line in Panama City, which is estimated to cost $US 2.4bn.

Odebrecht, Brazil, and FCC, Spain, the companies appointed to construct Line 1, have again joined forces for Line 2, while another Spanish company ACS is bidding in a consortium with Mexico's ICA and Graña y Montero, Peru. China Railway Construction Corporation is also expected to submit a bid before the February 12 deadline.

Some bids are likely to include financing options, where Chinese companies have an advantage.

Line 2, will be 21km long with 16 stations, and services should begin within 46 months of the start of constrction. Initially, the line will carry 16,000 passengers per hour per direction (pphphd), although the design capacity will be 40,000 pphpd. 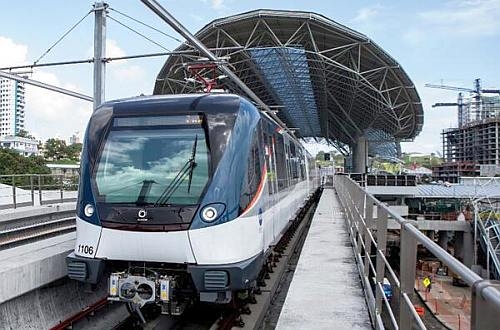