THE restoration of passenger services between Buenos Aires and Mar del Plata reached a milestone on November 22, when the first test train arrived in Argentina’s seventh-largest city following the completion of a project to upgrade infrastructure on part of the Roca Line. 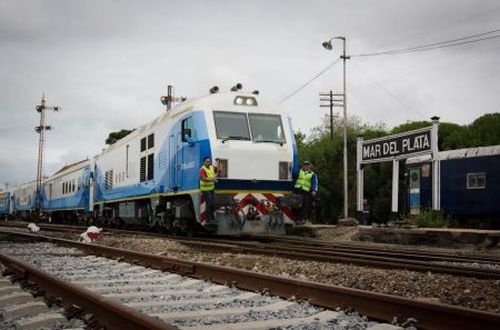 Passenger services to Mar del Plata were suspended last year following the collapse of a bridge across the Rio Salado near Guerrero. The 100-year-old bridge has now been replaced by a new 250m-long reinforced concrete structure.

Upgrading of the line has involved the renewal of 208km of track with 250,000 new concrete sleepers and 600,000 tonnes of ballast.

Passenger services will resume next month in time for the Christmas holiday period.