RANDON Implementos, Brazil, inaugurated a new road trailer and railway wagon production facility at Araraquara in the state of São Paulo on March 28. 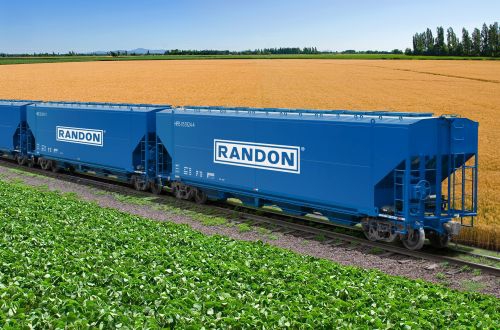 The company has invested Reais 100m ($US 30m) in the 25,000 m² factory, which has been constructed on a 122-hectare site with good access to road and rail infrastructure.

According to Mr Alexandre Gazzi, COO of Randon, the plant will initially manufacture lorry semitrailers to carry sugarcane, with production of hopper and gondola wagons expected to start later this year.

The plant will have capacity to produce eight wagons per day based on two shifts.

Randon entered the railway equipment market in 2004 and wagon production now accounts for around 33% of the company’s business, with more than 7000 rail vehicles manufactured to date.

Prior to the inauguration of the Araraquara plant, Randon’s only wagon production facility was at Caxias do Sul in Rio Grande do Sul, Brazil’s southernmost state. The facility produced 1390 wagons in 2016 and 822 wagons in 2017.