FOLLOWING a five-year international arbitration hearing, Railroad Development Corporation (RDC), United States, has prevailed in its struggle with the Republic of Guatemala over the operation of the country's railway, Fegua, by its Guatemalan affiliate, FVG. 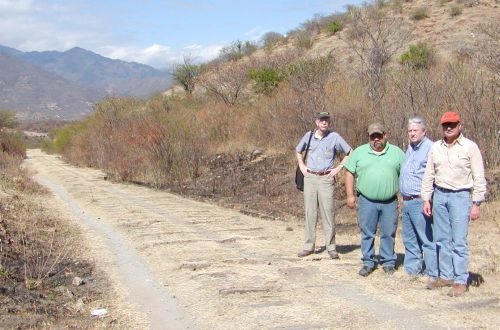 Theft of track and structures has been rife since rail operations ceased in Guatemala.

A Tribunal of the International Centre for Settlement of Investment Disputes (ICSID) unanimously ruled on June 29 that Guatemala had violated the minimum standard of treatment outlined in article 10.5 of the Central America Free Trade Agreement (Cafta) by engaging in conduct that was "arbitrary, grossly unfair and unjust" towards RDC.

RDC was awarded full reparations and $US 14m in damages while the Guatemalan government will pay certain administrative expenses for the tribunal which is in the region of $US 200,000. However, RDC will have to relinquish its 82% interest in FVG to Guatemala or its nominee, thereby relinquishing any rights it may have had under the 50-year concession it secured from the Guatemalan government to revive, operate and develop Fegua's assets in 1997.

The Guatemalan government ceased the railway's operations in 1996, but after FVG assumed operations the following year, services resumed in 1999. However, in August 2006 the Guatemalan government issued a presidential decree stating that FVG's rolling stock contract was "lesivo" or "harmful to the interests of the state." With FVG refusing to renegotiate the economic conditions of its 50-year concession, its railway business collapsed by September 2007 due to the economic and political uncertainty resulting from the decree.

After RDC successfully defeated two sets of jurisdictional objections raised by Guatemala, and following a hearing on the merits, the Tribunal issued its finding that Guatemala violated the Cafta minimum standard of treatment which requires each state party to provide fair and equitable treatment and full protection and security to investors from other parties.The tribunal found that Guatemala used the "lesivo remedy under a cloak of formal correctness allegedly in defence of the rule of law, [but] in fact for exacting concessions [from RDC] unrelated to the finding of lesivo." It is the first occasion that the investor-state dispute mechanism included in Chapter 10 of Cafta has been implemented.

Heralding the ruling as a victory for Guatemala and RDC, Mr Henry Posner III, RDC and FVG chairman, says that RDC's focus is now on the implementation of the tribunal's ruling. However, he admits that the entire process has come at a price "ranging from the cost to FVG and RDC of prosecuting the case before ICSID to the cost to Guatemala of losing its railway for a second time."

"It is ironic that while railways worldwide are enjoying unprecedented levels of traffic and investment, Guatemala's stands not only abandoned but literally destroyed thanks to the unending theft inflicted upon the railway assets after the lesivo declaration: for example entire steel bridges have literally disappeared in broad daylight."