Rehabilitation of two Colombian lines about to start

CONTRACTORS are preparing to start work on a $US 100m project funded by the Colombian government to rehabilitate two 914mm-gauge lines which are currently out of service with a view to starting freight operations by mid-2015. 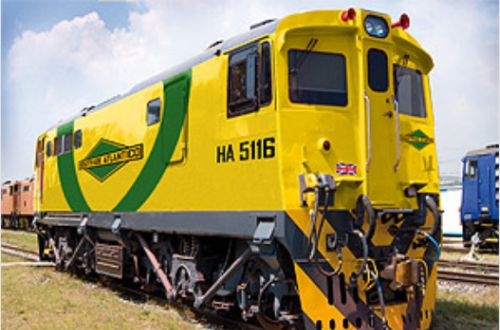 Currently only the section from the Caribbean port of Santa Marta to Chiriguana is operational and carries about 30 million tonnes of coal a year. Now the southern section of the 750km of the line to La Dorada, along with the 300km Bogota – Belencito line are to be rehabilitated.

Holdtrade Atlantico, a joint venture of British narrow-gauge freight specialist Holdtrade and US shortline operator Iowa Pacific Holdings, expects to be granted an operating licence shortly. It has already signed up several potential freight customers who are willing to help fund the acquisition of locomotives and wagons.

"We have done all the costings, so it should not be a problem to fund the motive power and rolling stock," Mr Matt Burrow, managing director of Holdtrade, told IRJ. "The biggest problem is to find locomotives that are powerful enough and that can be designed to operate on a 914mm-gauge railway."

Burrow says the users are also interested in upgrading the two lines and the government may be willing to provide matching funding for this.