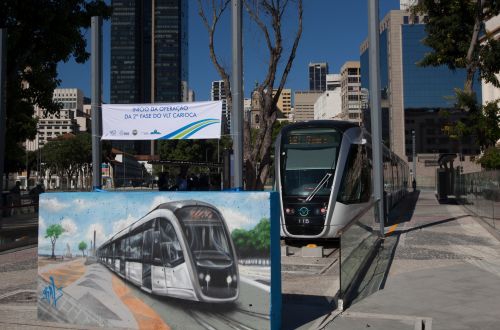 The line includes two intermediate stations at Tiradentes and Colombo, the latter situated close to Sete de Setembro station on the 14km Line 1, which opened in June.

Line 2 passes through one of the oldest areas of the city and more than 500 archaeological artefacts were uncovered during construction.