ELECTRIC services on Buenos Aires’ suburban Roca Line were finally extended to the state capital La Plata on October 18 following the completion of electrification works on the 9.6km branch from City Bell. 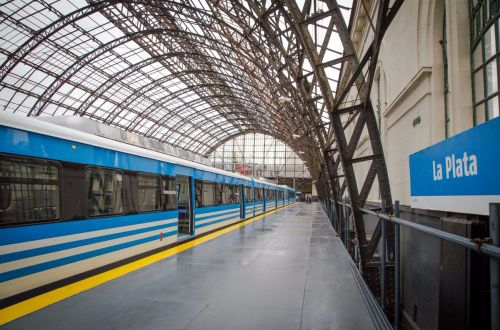 Services to La Plata were suspended in September 2015 for electrification and modernisation of infrastructure, which included the construction of a new 2km double-track viaduct at Ringuelet. The project was due to be completed by the end of 2015 but numerous delays pushed the completion date back by nearly two years.

Operating half-hourly, services now cover the 52.6km between La Plata and Constitución station in Buenos Aires in 1h 12min, an improvement of around 20 minutes compared with the previous diesel timings.

Around 150,000 passengers are expected to use the service to La Plata each weekday.

Electrification of the Roca Line began in 2015 and electric services were extended from Berazategui to City Bell in April this year.

The line is electrified at 25kV 50Hz ac and services are operated by EMUs supplied by CRRC Qingdao Sifang.