BRAZILIAN president Ms Dilma Rousseff attended a ceremony in Salvador on December 22 to open Pirajá station and the final 2.2km phase of the original 11.9km metro Line 1, 12 years after the project was initially scheduled for completion. 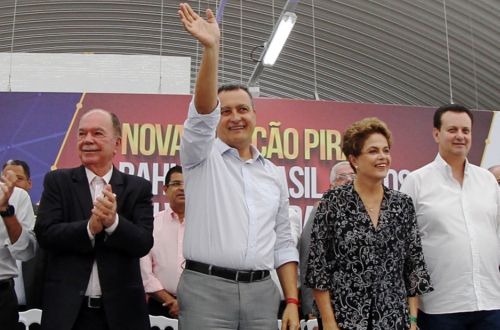 Construction on the project began in April 2000 with the first section initially scheduled to open in 2003. However, a series of political, contractual and financial disputes pushed this back until eventually responsibility for the project was transferred from the municipality of Salvador to Bahia state in 2013.

This provided the impetus required for completion and the 6km Lapa - Acesso Norte section subsequently opened on June 11 2014, just in time for Salvador's first game of the 2014 football World Cup. A further 1.6km section from Accesso Norte to Retiro opened in August 2014 and another 2.1km section from Retiro to Bom Jua in April 2015.

"It was a soap opera that ran for 12 years and it seemed would never end," says Mr Antônio Carlos Magalhães Neto, mayor of Salvador. "The people stopped believing that this would be possible. But in the interests of the people, we put aside electoral disputes, in a show of public commitment and citizenship."

Initially a limited service will serve Pirajá from 11.00 until 14.00 on weekdays and 08.00-14.30 on Saturdays. However, this will be extended to a full service from April 2016. Metro Bahia is also set to introduce an integrated ticketing system for buses and the metro network from January 2.

Work is currently underway on the second phase of the network, the 24.2km east-west Line 2 from the city centre to the airport after a PPP contract was agreed with Brazilian infrastructure concessionaire CCR in February 2014. A Reais 800m ($US 201.8m) financing package to extend Line 1 by 5.5km from Parijá to Águas Claras/Cajazeiras was also authorised by the Bahia state government in November 2014.

The total investment in the Salvador metro is Reais 3.6 billion, with Reais 1.4bn coming from CCR, Reais 1.2bn from the federal government and Reais 1bn from the state of Bahia.