THE Brazilian city of Salvador extended its metro network to 29km on September 11, when the governor of the Brazilian state of Bahia, Mr Rui Costa, joined passengers for an inaugural trip on the 7.5km section of Line 2 between Pituaçu and Mussurunga. 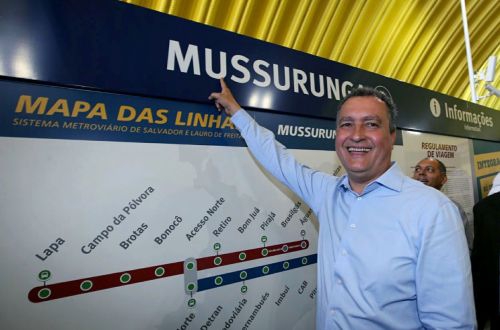 The third section of Line 2 includes new stations at Flamboyant, Tamburugy, Baiarro da Paz, and Mussurunga and is forecast to boost ridership by 60% to 200,000 passengers per day.

The initial 2.2km section of Line 2 from Accesso Norte station on Line 1 to Rodoviária opened in December 2016 and services were extended 6km to Pituaçu in May. The remaining section from Mussurunga to the airport is due to open before the end of the year.