THE Brazilian city of Salvador opened the initial section of its second metro line on December 5, when passenger services began operating on the 2.2km three-station western section of Line 2 from Accesso Norte station on Line 1 to Detran and Rodoviária. 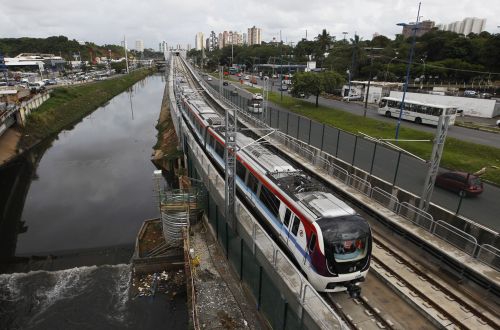 Construction began on Line 2 in February 2015 and the remainder of the line to Deputado Luis Eduardo Magalhães is due to be completed next year.

According to the Bahia state government tracklaying is now underway on the Pernambués – Mussurunga section of the line, while Avenida Paralela, Imbuí, and CAB stations are almost complete.