TWO new lines and the extension of another, announced by Chilean president Sebastian Piñera in his June 1 address to the nation, are set to almost double Santiago´s metro, already the most extensive in South America at 103.5km. 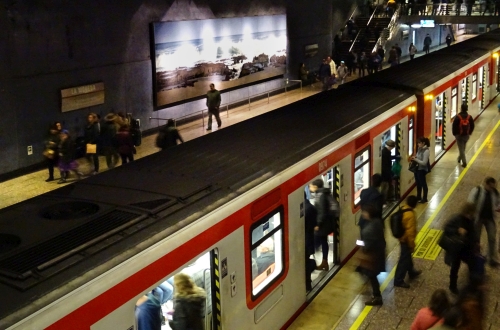 New Line 8 will link the south-easterly suburbs of La Florida and Puente Alto with the western edge of the city´s new commercial heartland, centred where the municipalities of Providencia, Las Condes and Vitacura meet. It will also relieve overloading on the existing Line 4, which lies broadly on the same axis. The president also announced that Line 4 will be extended by three stations and 4km.

Line 9 will run from the under-privileged southern suburb of La Pintana, where crime rates are high, to the traditional city centre at Santa Lucia, where it will connect with Line 1. Although still to be decided are the exact routing and station locations of the new lines, Line 8 will be around 20km long and Line 9 some 17km. Along their routes, both will have interchange facilities with existing lines.

Line 3, which is due to open in the second half of 2018, will run 22km from Los Libertadores in the northwest of Santiago via the city centre to Fernando Castillo Velasco on the eastern side of the city.

Santiago houses just over 7 million people, some of whom live in quite rural outlying dormitory towns.

Metro construction in the Chilean capital has to meet socio-economic evaluation criteria but recent governments have steered network expansion towards projects that either reduce overloading on existing lines or bring the benefits of metro connectivity to lower income urban dwellers. The two new lines and extension satisfy both policy objectives.

Both new lines, and the Line 4 extension, are projected to be open for traffic in 2026, which is also the year in which the already announced 25km long east-west Line 7 should be inaugurated, which will ease overcrowding on the city pioneer Line 1.

Clearly, a mammoth construction exercise, the likes of which the city has never previously seen, should soon be underway.