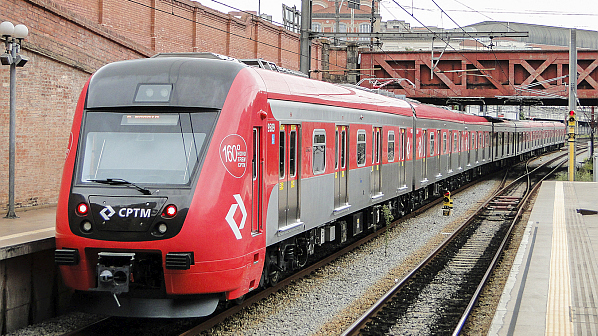 THE secretary of metropolitan transport of the state of São Paulo, Mr Paulo Galli, has announced that the invitation to tender for the Intercity Train (TIC) project will be published in April.

Galli was speaking at the Congress of the 22nd NT Expo - Business on Rails. Galli also said that the planned investment has been increased by 19% to Reais 10.2bn ($US 2.15bn) from the previous Reais 8.6bn.

He says that 80% of the amount should be provided by the state, with the rest from the private concessionaire. This model has greater potential to attract more investors to be a part of the project and reduces their risk, he says.

Of the Reais 10.2bn, Reais 1.8bn will be invested in the acquisition of trains, Reais 2.6bn in the modernisation of Line 7-Ruby, currently operated by São Paulo Metropolitan Trains Company (CPTM), and Reais 5.8bn in the infrastructure for the new service, including signalling and power supply.

Among the responsibilities of concessionaire will be the acquisition of new trains for the services, the modernisation of the signalling and traction energy systems and the implementation of accessibility in the stations and pedestrian walkways.

Galli also says that the introduction of the next TIC services should be aimed at serving the cities of Sorocaba, Santos and São José dos Campos in the state of São Paulo.