AN important missing link in the metro network was completed on September 28 with the opening of the 2.8km eastern extension of Line 5 (Purple Line) from AACD Servidor to Chácara Klabin. 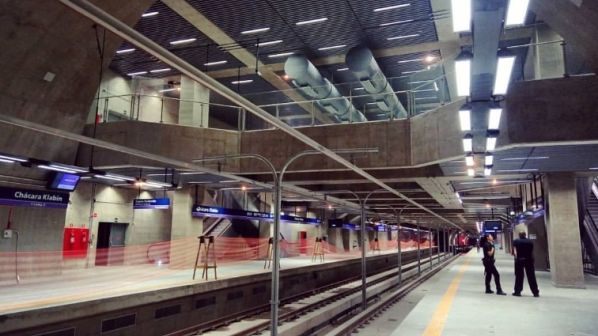 The three-station extension gives the east-west Line 5, which serves the extreme south and central region of São Paulo, an interchange with the north-south Line 1 (Blue Line) at Santa Cruz and the northwest-southeast Line 2 (Green Line) at Chácara Klabin.

The opening of the extension takes the total length of Line 11 to 20km with 16 stations. A 17th station at Campo Belo on the central section is due to open in December, providing an interchange with monorail Line 17.

The government of the state of São Paulo has invested Reais 10bn ($US 2.5bn) in the 11km 11-station section between Adolfo Pinheiro and Chácara Klabin, which has opened in phases since September 2017.

According to Metro-SP, around 855,000 passengers a day will interchange between Line 5 and lines 1 and 2.

Initially the new interchanges are operational only between 10.00 and 15.00 and opening hours will be incrementally extended.