THE Brazilian city of São Paulo will recommence work on its Line 17-Gold monorail project, following the removal of an injunction on a rolling stock and signalling contract and the awarding of a new construction contract. 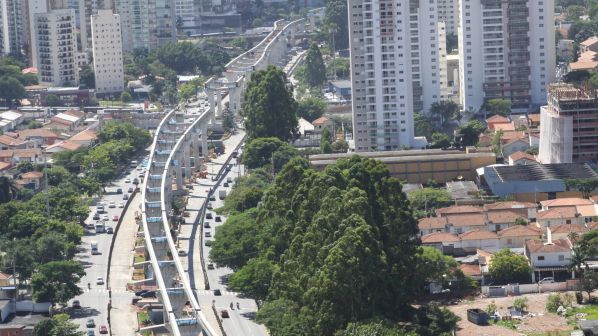 The São Paulo Court of Justice overturned an injunction on a contract awarded in February to rolling stock manufacturer Byd on September 25.

The contract is for the manufacture and supply of 14 trains and signalling for Line 17, as well as for the supply and installation of control and signalling systems, platform doors and the provision of spare parts for maintenance.

Byd will now be permitted to begin executing the work according to the contract.

The contract was suspended on June 3 due to an injunction by rival bidder, the Signalling Consortium, which disputed São Paulo Metro’s decision to award the contract to Byd, on the basis that the tender’s technical and financial requirements had been insufficiently publicised.

The Signalling Consortium was previously disqualified by São Paulo Metro from bidding for the contract in February on the basis of inadequately meeting the specified requirements.

Additionally, São Paulo Metro has declared Coesa Engenharia as the winner of a contract for the construction of the line and seven stations for Line 17, in an announcement published in the São Paulo Official Journal on September 26.

The contract will be signed by November, following which preparatory work will begin for the resumption of work on the line.

The announcement closes a tendering process launched at the end of August by São Paulo Metro, which followed the removal of a previous contract with construction firm Constran.

The contract with Constran was suspended by the city’s Court of Justice following an appeal by Coesa Engenharia in July, which questioned the selection due to flaws in the documentation. Constran appealed, but the decision was upheld.

Line 17, which is currently planned for completion in 2021, will be 7.7km-long and have eight stations. The line will connect Congonhas airport, via Campo Belo, where it will interchange with Line 5-Lilac, to Morumbi on Line 9-Emerald.

Plans for Line 17 were approved in 2012, with the opening of the line originally scheduled to coincide with the 2014 Football World Cup. Since then, the estimated cost of the line has risen from Reais 3.2bn ($US 566.5m) to Reais 4.4bn, even as the scale of the project was cut from 19 to eight stations.