SKYRAIL Bahia, a consortium of Build Your Dreams and Metrorail, has been selected for a Reais 1.53bn PPP ($US 420m) contract to construct and operate a 19.9km monorail line in the Brazilian city of Bahia. 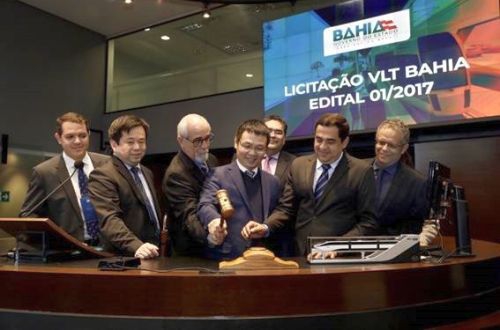 The announcement was made on May 23 at the Brazilian stock exchange in São Paulo.

Origianlly planned as a light rail project, the line will connect the Comércio district of Salvador with Ilha de São João in Simões Filho, using part of the alignment of the 13.6km suburban rail line from Calçada to Paripe. Buildings at the line’s 10 stations will be retained and converted for other purposes.

The 22-station line will have capacity to transport around 200,000 passengers per day and will be integrated with the city’s two-line metro network.

The contract is due to be signed in July, with construction set to begin in October.