MR Geraldo Alckmin, governor of the state of São Paulo announced on May 9 that the project to build an Airport Express link between Luz station in central São Paulo and Guarulhos International Airport has been cancelled due lack of interest from the private sector. 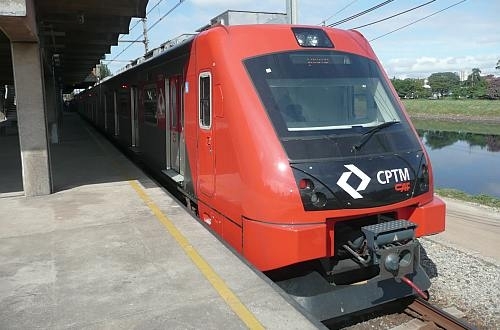 Alckmin says that the project in its original form is not an attractive proposition for construction companies. Paulista Metropolitan Trains Company (CPTM) says that the line would be targeting a market that could easily be served by the Campinas – Rio de Janeiro high-speed line, which will pass through Guarulhos.

Guarulhos Express services would have shared tracks with Line 12 between Brás station in the city centre and Engenheiro Goulart station in the district of Tatupé, before diverging onto a 12.3km branch with new stations at Guarulhos Cecap and Guarulhos International Airport. The line was expected to carry around 120,000 passengers per day with trains operating at up to 160 km/h.

A PPP tender was launched in January with a budget of Reais 905m ($US 444m), excluding rolling stock.

Despite the abandonment of Guarulhos Express, the state government is still pressing ahead with plans to extend Line 13 from Brás to the airport, although this will be a conventional commuter line serving intermediate stations.