THE government of São Paulo state has issued six tenders worth a total of Reais 22.8m ($US 11.3m) for feasibility studies into the construction of five new metro lines in the north of São Paulo city. The projects would add a total of 101.8km to the network, and would be implemented between 2016 and 2030. 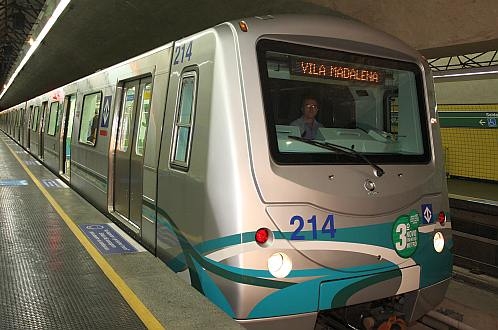 All of the new lines will serve areas which currently have no direct rail access. Line 19 will link Campo Belo with the suburb of Guarulhos, a distance of 26.3km. Line 23 will run for 16.6km from Lapa to the Presdiente Dutra highway, while the 17.2km Line 16 will run from Ipiranga to Cachoeirinha. Line 20 from Lapa to Rudge Ramos would be 25km long and will be constructed as a PPP.

A further monorail, Line 22, is also proposed to link Cotia with São Paulo.