AFTER five years of sustained growth, the market for new rail equipment in Central and South America is set for a period of decline, according to a new study by SCI Verkehr, Germany. 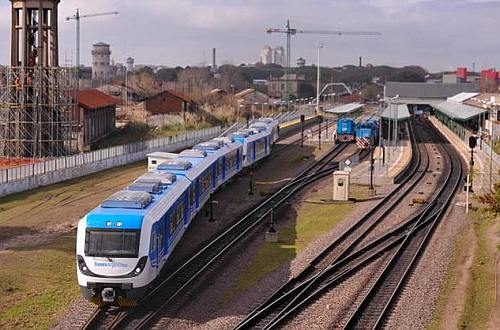 With high levels of investment in 2010-2014 and decelerating economic growth, annual spending on new rail equipment is forecast to decline by 0.6% per year between 2015 and 2020, although this figure is distorted by growth in the after sales market. Excluding after market services, which are expected to continue growing at around 3.1% per year, the market for railway equipment is expected to shrink by an average of 3.5% per year in 2015-2020.

The study notes that major projects which have dominated investment in recent years, including the modernisation of the suburban network in Buenos Aires, Brazil's North - South Railway, and Panama metro Line 1, are now either complete or in their final phases of implementation. SCI Verkehr says simultaneous completion of major projects inevitably has a negative impact on market development, particularly in the relatively small markets of Central and South America.

The broader economic context also points to a slowdown in the market. In Brazil, by far South America's largest rail equipment market, GDP fell by 2.8% in 2015, and the report notes that economic decline will have a knock-on effect on financing for investment. Most new-build or modernisation projects are financed directly or indirectly by state governments, many urban rail operators are state-owned, controlled and even private freight railways depend on fiscal incentives and subsidised interest rates to invest.

With the fiscal crisis in Brazil, governments have prioritised projects already under construction over those at earlier stages of development. This prioritisation weakens market decline in the short-term, but the shortage of projects in the earlier stages of implementation will have an impact on the market for rail equipment in the medium term.