THE Argentine province of Salta has reintroduced regional services on the Belgrano Cargas metre-gauge line between the provincial capital Salta and General Güemes, 45km to the east. 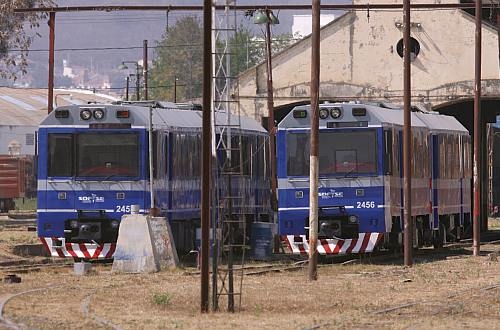 Two dmus acquired from Feve, Spain, have been refurbished for the service which is operated by national passenger operator State Railway Operating Company (Sofse).

Passenger numbers on the two daily return services have been much higher than anticipated, leading to calls for additional trains. The journey takes 90 minutes and a one way fare is Pesos 7 ($US 1.53).