RIO de Janeiro's suburban operator SuperVia recently completed phase 1 of its programme to upgrade its Central do Brazil terminal and 102 outlying stations, with work including the installation of Harman's IDX Information Delivery System at key stations on the network. 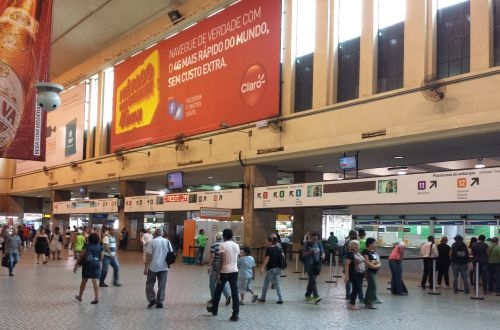 "Our main goal of installing the Harman IDX system was to integrate the audio and video systems of communication we already had in place into a single tool for operating and controlling them," says Mr Washington Luiz Ferreira, chief compliance officer at SuperVia. "Another key requirement was that the solution had to provide complete real-time monitoring of all the assets in the system."
Ferreira adds that the goal is to integrate all audio and video communications with all types of media in each of SuperVia's stations, maintenance facilities, and operations centres. "This is just the tip of the ice-berg," he says.