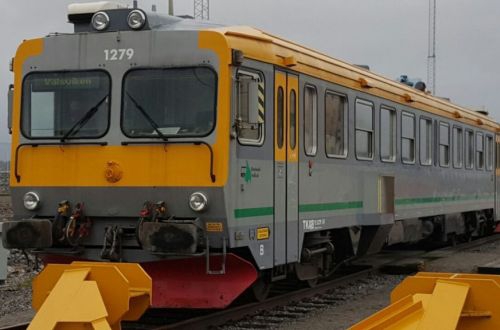 The Y1 DMUs were built by Fiat in 1979-81 for Swedish State Railways (SJ) and were last used by Värmlandstrafik on regional services in the Karlstad area.

The vehicles are equipped with air conditioning and passenger Wi-fi and seat 68 passengers.

The first units are due to arrive in Uruguay before the end of the year and will enable AFE to increase frequencies on the Montevideo - 25 de Agosto line. AFE says it is also studying the reinstatement of passenger services elsewhere in the country which were withdrawn in 2012.