Vale gets environmental licenses for $US 19.5bn iron-ore project

BRAZILIAN mining giant Vale has been granted environmental licenses for its huge $US 19.5bn project (called S11D) to develop a new iron-ore mine at Serra Sul to the south of its existing Carajás mine and associated rail and port links. 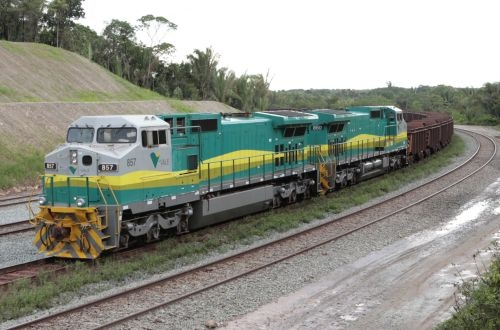 Vale expects to obtain a construction license by the beginning of 2013 and aims to complete the project by the second half of 2016.

The rail and port infrastructure will cost $US 11.5bn compared with $US 8bn for the mine. The work includes building a 101km branch line to connect Serra Sul to the existing Carajás Railway (EFC). A 504km section of the EFC, between the junction with the new branch and the iron-ore terminal at Ponta da Madeira near São Luis, will be upgraded together with the port to increase capacity to 230 million tonnes a year. EFC carried 90 million tonnes in 2007, and the new mine is expected to produce a similar quantity of iron-ore.