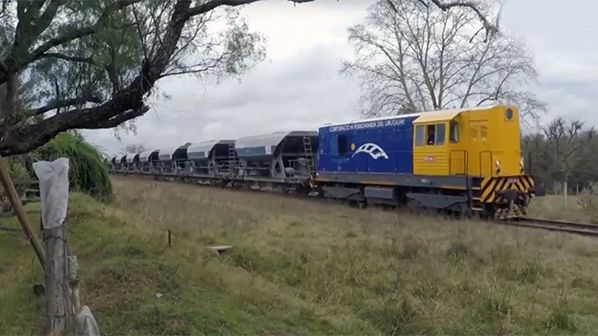 Two lots of rail fastenings have already been produced by Vossloh, with the company planning to make shipments to CUR in 2020-2021.

The contract is part of a substantial refurbishment project aimed at reconstructing infrastructure on the 273km line between the Port of Montevideo and Paso de los Toros, which was launched in May 2019. The line is expected to be completed in 2022.

The project is intended to improve efficiency along the line, with the route being heavily reconstructed to enable trains with allow 22.5-tonne axle-load trains to operate at up to 80km/h. The line will primarily be used for rail freight. However, a 36km section between Montevideo and Veinticinco de Augusto will also be used by passenger services.

The project will include the doubling of 26km, as well as the addition of 12 passing loops along the remaining 247km of single-track line. It will also include 66 new or upgraded bridges and up to 25 station renovations.

An Italian joint venture at Wegh Group and Diorama is supplying sleepers for the project under a €35m ($US 39.4m) contract awarded in March.