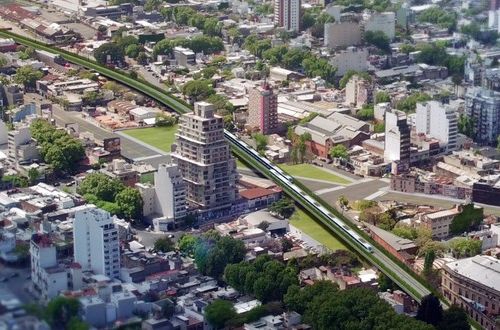 The project involves constructing a 5km viaduct above the existing surface alignment between Palermo and La Paternal stations, which will eliminate 11 level crossings.

As well as reducing road congestion and creating green space, the viaduct is a key component of the Buenos Aires RER project, which will increase the frequency and capacity of suburban rail services in the city, connecting the San Martin and Mitre lines with the Roca and Belgrano Sur lines via a city centre tunnel.