RAIL access to Munich Franz-Jozef Strauss International Airport is set to improve significantly after German Rail (DB) and the state of Bavaria reached an agreement to build a new connection between the airport and the Munich – Regensburg line. 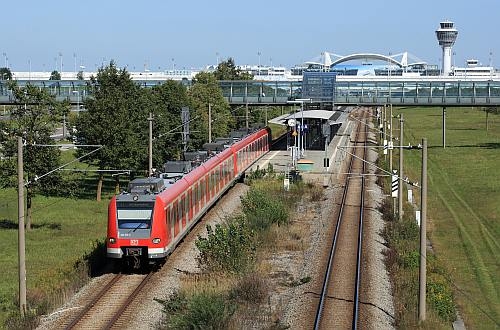 The agreement to finance and build the €83m Neufahrn Curve was signed on April 15 by DB CEO Dr Rüdiger Grube and Mr Martin Zeil, the Bavarian state minister of economic affairs and transport.

The 2.3km double-track electrified connection will branch off the Airport – Neufahrn line between Airport Visitor Park station and Neufahrn, crossing the A92 motorway and curving northeast on an embankment to join the Munich – Regensburg line south of Pulling.

The curve is due to open in 2018 and will cut journey times by around 30 minutes for rail passengers travelling to the airport from towns to the north and northeast, such as Freising, Regensburg, Landshut, and Passau.

The project will be jointly financed by the state of Bavaria and the German federal government. DB will pay the state around of €10m over a 20-year period through track access charges for using the new link.

The state government is also studying options for improving rail journey times between the airport and towns in southeast Bavaria such as Mühldorf.

The airport is currently linked to Munich city centre by S-Bahn lines S1 (via Neufahrn) and S8 (via Johanneskirchen).