OPTIONS for improving high-speed rail links to Italy's most important airports will be examined in more detail following the signing of an agreement between Italian State Railways (FS) and the Italian Ministry of Transport on August 26. 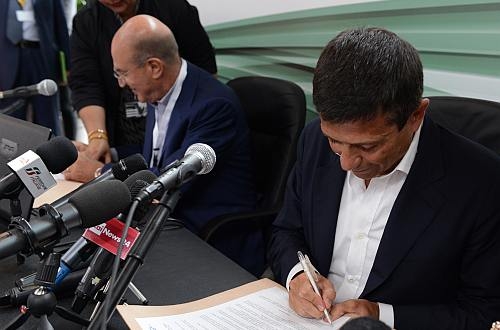 Under the deal, which was signed in Rimini by transport minister Mr Maurizio Lupi and FS CEO Mr Michele Elia, options will be presented to the government by the end the year for new high-speed connections to Rome Fiumicino, Milano Malpensa, and Venice Tessera based on projected passenger demand at these airports.

As part of the project infrastructure manager Italian Rail Network (RFI) will carry out capacity and demand studies to establish how services between these airports and the principal Italian cities can be accommodated on the network and where the highest demand is likely to be.

The Ministry of Transport will evaluate the proposals drawn up by FS by the end of February 2015 in order to define the executive projects and the investments required.