ALBANIA's Council of Ministers approved a draft law on April 8 authorising funding for the reconstruction of the 38km line from the port of Durres to the capital Tirana. 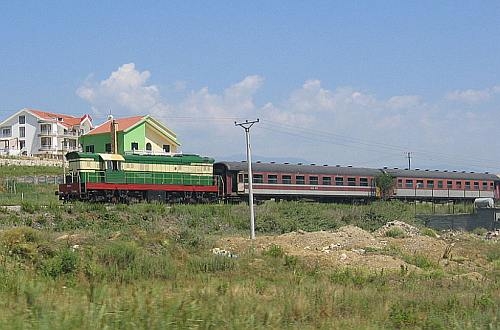 The legislation will enable the Ministry of Finance to fund the project through the European Union's Western Balkans Investment Framework (WBIF) using grants administered by the European Bank for Reconstruction and development (EBRD).

The EBRD has already financed a €1.2m feasibility study into the modernisation of the line, which has seen little investment since it was completed in 1948.

Passenger services were withdrawn on the 10km section between Vorë and Tirana in September 2013 to enable the demolition of Tirana station for a road widening project. A new station is planned in the capital as part of the Tirana Public Transport Terminal (TPTT), which will integrate the railway with buses and a proposed light rail network on an 85,000m2 site in the city centre.