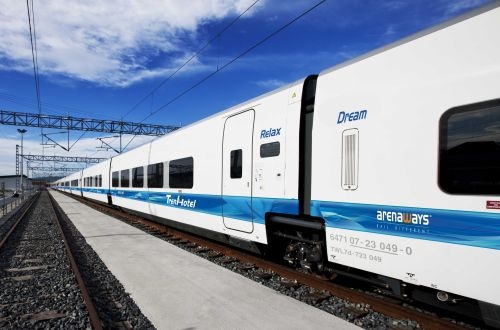 Arenaways had planned to launch the new Turin – Reggio Calabria and Turin – Foggia – Bari services on July 10, using Talgo trains leased under a five-year contract from Renfe, Spain. The company is still unable to confirm when the service will start, although Arena has sought to reassure customers that Arenaways is working to resolve the problems.

"I'm here because I always want to be the face of what I do," the entrepreneur said in a video message on the Arenaways website. "We thought we could do it in just two months." Arena is confident the service will be launched soon.

Arenaways became the first operator to launch open-access passenger services in Italy with the start of its Milan – Turin service in 2010. However, Trenitalia complained that Arenaways was extracting revenue from regional services on the route, and the regulator forced the operator to withdraw intermediate stops, making the service unviable, and it was subsequently abandoned.