AUSTRIA’s federal government has approved Austrian Federal Railways’ (ÖBB) infrastructure investment plan for 2017-2022, which pledges to spend €15.2bn on the rail network over the next five years. 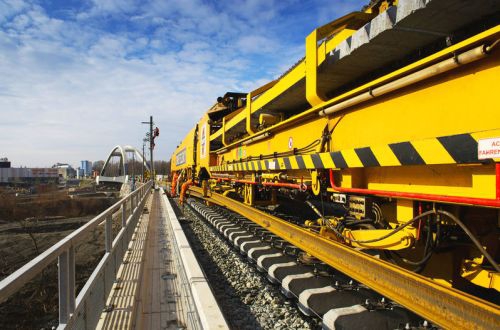 Most of the funding will go into ongoing construction projects including the Semmering Base Tunnel (€1.7bn), Koralm Line (€2.6bn) and Brenner Base Tunnel (€2.5bn), while a significant amount is allocated for the modernisation of stations.

Other major projects will include track-doubling on the Vienna – Inzersdorf – Wampersdorf line (€515m) to relieve the congested Vienna–Leobersdorf–Wiener Neustadt line, and electrification and track-doubling on the Stadlau – Marchegg line (€480m) to reduce journey times between Vienna and Bratislava.

Funding will also be made available for the Linz - Wels four-tracking (€430m) and upgrading of the Vienna - Breclav line (€195m).

A total €3.8bn will be allocated to investment in the existing rail network.