THE government of the Austrian province of Styria has announced plans to modernise the 65km narrow-gauge Mur Valley Railway from Unzmarkt to Tamsweg after proposals to convert the line to standard gauge were rejected on cost grounds. 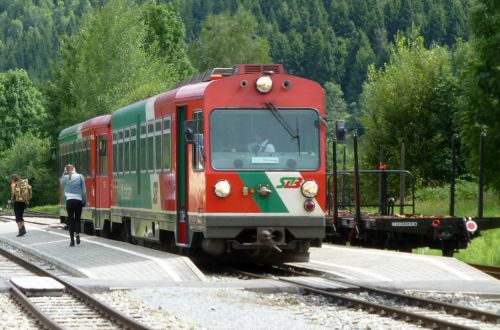 A study into upgrading the 760mm-gauge line, which is operated by Styrian Provincial Railways, (StLB) concluded that upgrading the existing infrastrucuture would have a similar impact on passenger numbers to gauge conversion.

The project will involve the partial realignment of the Unzmarkt - Murau section, reducing the journey time on this stretch from 38 minutes to 25 minutes.

Initially StLB will continue to operate a two-hourly service, but this will be increased to hourly in the future.

Infrastructure works are budgeted at around €19m and new rolling stock will also be acquired. StLB is currently studying various traction concepts, including hydrogen and hybrid options, and a decision on the new trains will be made by the middle of next year.

A decision on financing for the project is expected at the end of 2019.