ÖBB Infrastructure has awarded a three-month proof of concept contract to OptaSense, Britain, to trial its Distributed Acoustic Sensing system in the Vienna area. 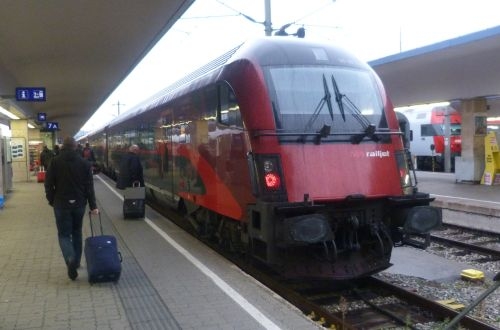 OptaSense will convert 40km of fibre optic cables laid beside the track into virtual microphones at 10m intervals which can detect and classify activity along the track such as attempts to steal copper or commit vandalism. The system will send data in real time to ÖBB's control centre and railway police to enable a rapid response to any security alerts.

An interrogator unit sends a pulse of light into the fibre optic cable using the Rayleigh scattering effect to measure strains near the fibre, and the backscatter light is bounced to the interrogator unit where the unique acoustic signatures are analysed.

"We can see significant benefits in a Distributed Acoustic Sensing system," says Mr Klaus Leithner with ÖBB-Infrastructure. "Initially, we are focussing on detecting and apprehending metal thieves who cause disruption to our operational network."

OptaSense can also be used to monitor such things as rock falls, the condition of assets, and the movement of trains.