The contract was originally due to expire in 2023. 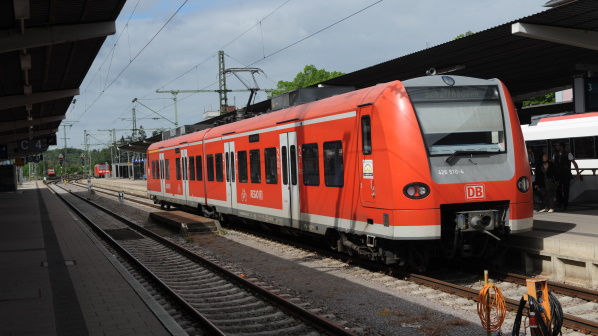 THE German state of Baden-Württemberg has announced the early termination of a contract with DB Regio for the operation of regional services between Singen and Schaffhausen, Switzerland.

DB Regio has agreed to stop operation and cancel the contract with effect from summer 2021. The contract was originally due to expire in December 2023.

The performance of the train service had been criticised heavily due to the cancellation of services, poor punctuality and a lack of seating capacity.

The problems relate to DB Regio’s use of class 426 EMUs to operate the service, which reportedly suffer from technical problems, compounded by the fleet’s designated workshop being near Stuttgart, over 150km north of Singen.

“In another analysis with DB Regio, we jointly came to the conclusion that this workshop connection is not optimal at all because maintenance is highly ineffective and is doomed to fail,” says Mr Winfried Hermann, Baden- Württemberg’s transport minister. “It is simply too long before a failing vehicle arrives at the workshop and returns to operate services.

“This is not a decision against German Rail (DB) and certainly not against the operating staff, but it is against the operation and maintenance concept. I would like to thank the employees of DB Regio for their good work and I am sure that they are committed to continue the work.”

Due to the premature expiry of the contract, a new tender will be launched by Baden-Württemberg in cooperation with the transport authority of Switzerland’s Schaffhausen canton.

An extension of the service from Singen to the city of Constance is being considered, which would create better interchanges with services operating on the Gäubahn.

“In the new tender, it is no longer the cheapest bidder, but also the bidder with the best overall concept which will win,” Hermann says. “We would like to have a specific focus on every aspect of the operational concept. The Singen - Schaffhausen line will be the pilot for this. Experience has shown that supposedly small adjustments can have a big impact on the overall quality.”