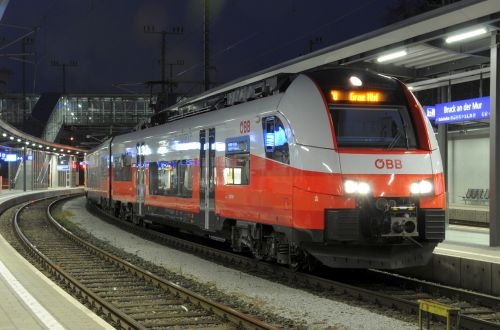 The 160km/h three-car trains are now being used on Styria S-Bahn Line S1 from Graz to Bruck-an-der-Mur and Line S5 from Graz to Spielfeld-Strass on the Austrian-Slovenian border.

ÖBB says nine of the trains for Styria will enter service this year with the remainder due for delivery in 2017. The entire fleet of 101 trains is due to be in service by January 2018.